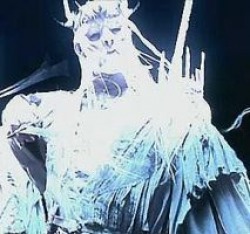 The Lord of the Rings, Appendix A: "The North-kingdom and the Dunedain," passim; "Gondor and the Heirs of Anarion," pages 331-333

The Lord of the Rings, Appendix B: "The Tale of Years," passim

The Silmarillion: "The Akallabeth," page 267; "Of the Rings of Power and the Third Age," passim

The Unfinished Tales: "The Hunt for the Ring," passim

1500s of the Second Age:
The Nine Rings of Men were made.

1600:
Sauron forged the One Ring to rule them all in the fires of Mount Doom in his own realm of Mordor.

1697:
Sauron forcefully took the Nine Ring away from their human bearers.

2251:
The nine men who previously possessed the Nine Rings were converted into Nine Nazgul, powerful servants of Sauron.

3441:
Sauron was defeated during the War of the Last Alliance and the One Ring was taken by Isildur, son of Elendil of Numenor.  The Nazgul disappeared for many generations.


Circa 1050 of the Third Age:
Sauron founded the stronghold of Dol Guldur in Mirkwood in secrecy.

1300:
The Witch-King established his realm of Angmar in the north.  His goal was to conquer and conquest Arnor, a kingdom of the Dunedain.

1356:
By this time, the Witch-King had gathered many followers.  His forces inhabited Angmar and Rhudaur.  The Witch-King's forces attacked the kingdom of Arthedain in this year and King Argeleb I was killed.

1409:
After he had conquered both Cardolan and Rhudaur, the Witch-King released a massive and terrifying force from Angmar that attacked Arthedain.  King Arveleg I of Arthedain was killed and the Tower of Amon Sul was destructed during the assault.  Elves helped the remainder of the Dunedain of Arthedain escape and they held off the Witch-King's forces, allowing the remaining Dunedain to escape to Fornost.

1636:
During the Great Plague, the Witch-King sent evil spirits called Barrow-wights to occupy the Barrow-downs.

1974:
The Witch-King's forces successfully captured Fornost, the last city of the Dunedain.  The Dunedain escaped, but they became a wandering group of rangers.

1975:
During the Battle of Fornost, the Dunedain attempted to reclaim Fornost and they were successful.  The Witch-King was temporarily overthrown, and when he saw Glorfindel he fled into the night.  Glorfindel said that the Witch-King's doom lay far off into the future, and it would not be a man who destroyed him.

1980:
The Witch-King retreated to Mordor where he summoned the other eight Nazgul to prepare for an attack upon Minas Ithil, a city in the Kingdom of Gondor that lay on the border with Mordor.

2000:
The Nazgul put Minas Ithil under siege.  Most of its inhabitants were killed.

2002:
The Nazgul took Minas Ithil and made it their own.  They renamed it Minas Morgul.

2043:
The Witch-King challenged King Earnur of Gondor to single combat.  Earnur rejected the Witch-King's proposal, heeding the counsel of his Steward.

2050:
The Witch-King again challenged Eurnur to single combat and Earnur accepted.  Earnur rode to Minas Morgul with a small company of kinghts and was never seen again.  Earnur had no son or heir, so the rule of Gondor was passed down to Stewards in the absence of a King.

2460:
Sauron returned to his stronghold of Dol Guldur in Mirkwood and the Watchful Peace officially ended.  The Witch-King and the other eight Nazgul remained in Minas Morgul.

2475:
The Witch-King led a force of terrifying black Orcs called Uruks to attack Osgiliath in Gondor.  They were driven back by Boromir, the son of the Steward Denethor I.

2942:
Sauron returned secretly to his stronghold in Mordor.

2951:
Sauron openly declared his presence in Mordor, and he began building and strengthening his armies.

3017:
Sauron captured Gollum and from him he received information about the One Ring and its whereabouts.

3018:
June 20: The Witch-King led an attack upon Osgiliath.  The purpose of this attack was to disguise the Nazguls' purpose for leaving Minas Morgul.
July 1: The Witch-King and the other Nazgul crossed the Anduin in secret.
July 17: The Nazgul were cloaked at Sarn Gebir.
July 22: The Witch-king encountered Khamul and another Nazgul in the Field of Celebrant, and from them he learned that the Shire was nowhere to be found.
September 18: Afterreceiving orders from Sauron to go to Isengard, the Nazgul crossed the River Isen.
September 22: The Nazgul attacked the Rangers at Sarn Ford who were guarding the Shire.  The Nazgul were victorious in the skirmish and they entered the Shire.
September 23: The Witch-King went to the Barrow-downs to awake the Barrow-wights.
September 26: Two Nazgul went to Bree to inquire about a Mr. Baggins.
September 27: The Witch-King met the Nazgul from Bree on the road.  He instructed them to guard Weathertop while he and three others patrolled the Greenway.
September 28: Frodo Baggins and his companions were captured by Barrow-wights, but Tom Bombadil helped them escape.
September 29: At the Prancing Pony in Bree, Frodo put the Ring on his finger and disappeared, and this was witnessed by a servant of the Nazgul.  The Witch-King was informed of Frodo's presence in Bree.
September 30: The Nazgul attacked the Prancing Pony but Frodo was kept safe by Aragorn.
October 1: The Witch-King and four Nazgul entered Bree in the middle of the night.  Gandalf picked up their trail and began following them.
October 3: The Nazgul got off the road and then began pursuing Gandalf to Weathertop where a skirmish occurred.  The lights of the battle could be seen for miles around.
October 4:  Gandalf escaped with four Nazgul in his pursuit.  The Witch-King remained at Weathertop.
October 6: Frodo and his companions arrived at Weathertop and they were attacked by several Nazgul led by the Witch-King.  The Witch-King stabbed Frodo's shoulder, mortally wounding him.  But the Nazgul also grew frightened of Frodo because he would ultimately withstand the wound and recover.  Though he was not a being of great power, Frodo seemed powerful to the Nazgul.
October 7: The Witch-King became so concerned about Frodo being powerful that he waited a day to continue the pursuit.
October 11: Glorfindel reached the Last Bridge when riding to help Frodo.  He encountered three Nazgul there and he drove them away, and he encountered two more including the Witch-King during the pursuit.  The Witch-King was afraid of Glorfindel so he fled.
October 13: Aragorn and the Hobbits crossed the Last Bridge safely.
October 14: The Witch-King and four other Nazgul began pursuing Frodo again.  Frodo was being ridden to Rivendell by Glorfindel, so this was a task dangerous even for the Nazgul.
October 19: The Nazgul sensed the One Ring.
October 20: The Nazgul chased Frodo and Glorfindel to the Ford of Bruinen.  Once they reached the river, they were swept away by the combined powers of Elrond and Gandalf.
Late November/Early December: The Witch-King returned in Mordor and sent help to the other eight Nazgul.

3019:
March 10: The Witch-King led Mordor's assault upon Gondor out of Minas Morgul.
March 12: The Morgul-host was met by regiments of Haradrim on their way to Osgiliath.  The Morgul-host successfully took Osgiliath and Faramir and his men retreated to the Causeway Forts.
March 13: The Morgul-host broke through the Rammas Echor around Minas Tirith and they overran the Pelnnor Fields.  They began to put Minas Tirith under siege.
March 14: The Morgul-host completed the siege of Minas Tirith after Faramir and his men were able to return to the city.
March 15: The Witch-King broke the Great Gate of Minas Tirith and entered the city.  He was confronted by Gandalf, and Gandalf was very nearly killed.  The Witch-King was distracted by the arrival of Gondor's allies from Rohan, but the Morgul-host was not quite destroyed by the Rohirrim.  The Witch-King led the Morgul-hosts' attack on the Rohirrim force, and he targeted King Theoden who he mortally wounded.  But one of Theoden's knights challenged the Witch-King and killed his Fell Beast.  This knight turned out to be Eowyn, and, with the help of the Hobbit Merry Brandybuck, Eowyn killed the Witch-King.
March 25: The One Ring was destroyed by Frodo Baggins in Mount Doom.  The Nine Rings were finally destroyed as well, and the other eight Nazgul were vanquished along with Sauron's destruction.

Witch-King of Angmar (or simply Witch-King):
In 1300 of the Third Age, the Witch-King founded his own realm of Angmar in northern Middle-Earth.  It is unclear how the title Witch-King first came about, but it is quite possible that he earned this title when his servants (and possibly he himself) practiced sorcery after they invaded Rhudaur.  He was also called the Witch-lord.

Lord of Carrion/Dwimmerlaik:
Eowyn referenced the Witch-King as Lord of Carrion, carrion meaning "dead flesh," indicating that she considered him dead even in life.  She also called him Dwimmerlaik, which is Old English for "work of necromancy."

Black Captain:
As the leader of the Morgul-host during Mordor's final assault upon Gondor, the Witch-King was known as the Black Captain.
All Pages Copyright © 2010, The Middle-Earth Encyclopedia