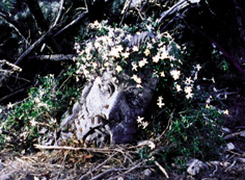 Vinyarion comes from the Quenya word vinya meaning "new" and the element -ion, which is a common Quenya ending, especially for males.
Hyarmendacil means "south victor" in Quenya from hyarmen meaning "south" and dacil, coming from nacil, which means "victor."  Hyarmendacil II was the second King of this name, for his ancestor Ciryaher also changed his name to Hyarmendacil.

The Lord of the Rings, Appendix A: "The Realms in Exile," page 319
The Lord of the Rings, Appendix B: "The Tale of Years," page 367
The History of Middle-earth, volume XII, The Peoples of Middle-earth:  "The Heirs of Elendil," page 199
The Silmarillion - Appendix: definitions and translations of hyarmen and nacil.
All Pages Copyright © 2010, The Middle-Earth Encyclopedia