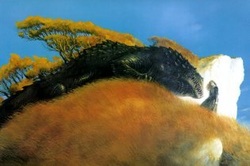 Niënor means "mourning," and this name was given to her by Morwen because she was in mourning for her husband Hurin.  When he met her, Turin named Nienor Níniel, literally translating as"tear-maiden." Turin called her this because she cried when she could not remember her name.